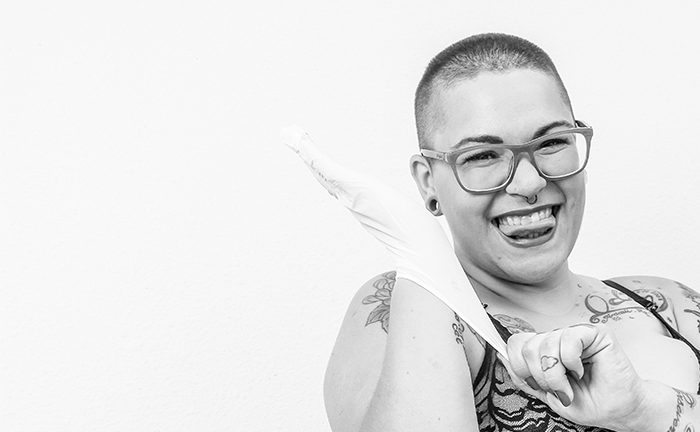 Anahí, on your business card, says that you are a gender identity specialist. Can you explain what it is? Gender identity is how you feel and, therefore, you would like to show yourself to the world. Normally we are taught the binary genre, which would be male and female; but, in reality, there are many more genders or they can even flow between the two. To be understood, your biological genre comes with your genitals but you maybe do not feel with the same gender, with which you are transgender or maybe simply does not identify you.

On the same card the “polyamory” is mentioned. If you had to explain what polyamory is to a 5-year-old girl, how would you explain it? I would say that love is infinite and that, therefore, you can give it to many people at the same time, not only one person like the basic couple. Since love has no limitations, and we can give it to more than one person.

Can you do the same exercise but explain it to an adult? An adult would tell you that polyamory is a way of relating emotionally and sexually in which there is a possibility that there is more than a sex-affective couple at the same time, and I prefer to say sex-affective because you can have only affection, you can have only sex or you can have both of them. Normally polyamory considers that there are one or more main pairs (never a number greater than three because it is unmanageable). The main couple is the one with whom you have a long-term life project and with which you usually have the common heteronormative-patriarchal couple activities, like going to the movies, introducing your parents, doing the Christmas holidays at home and that kind of thing.

Does polyamory have anything to do with relational anarchy? Relational anarchy goes a little beyond polyamory, since all personal relationships have the same importance, although that does not mean they are same in terms of dedication. In this sense, all sex-affective relationships are the same, therefore there are no main partners.

Leaving relationships aside, let’s talk about sex. Is there a difference between a female orgasm and a female ejaculation? Yes, there is, in fact there is a difference between orgasm, ejaculation and squirt. First I’ll differentiate between orgasm and ejaculation, which is what we use for men and women.
Orgasm is an emotional reaction to a high point of pleasure, which logically has a physical consequence and is visible (the skin, your eyes sparkle, your nipples are hard, etc.) but in itself it is an emotional reaction.
The ejaculation is a physical reaction to a peak moment in a peak of pleasure. But, at the same time, it can be simply a physical reaction of the body without that peak of pleasure, that is, without the orgasm. As it is not the same, it is not that they go together, but they overlap.
When I say squirt I say run and I do not say ejaculation because the female ejaculation is a liquid very similar to water, so to speak, that has enzymes prostatic, for that is comparable to male ejaculation. The prostatic enzymes are created in the female prostate which are called Skene’s glands or also paraurethral glands and are just at the beginning of the urethra on the inside. The ejaculate is secreted by the urethra, it is as if we were pissing. These glands, which are between twenty or thirty, may be clogged or less, so there’s women who do not ejaculate or ejaculation is not perceptible, since if everything is correct there can be up to a glass of water of ejaculation.
The squirt or ejaculation is blood plasma that leaves the walls of the vagina because when a woman is aroused, all the cavities of the vagina are filled with blood beginning with the cavernous cavity of zone G, which is part of the clitoris. What happens is that there is an excess of blood and, one of two, or it expands back up or, as the skin is breathable, the excess goes out there, it filters.
Resumiendo: ejaculation or squirting is a physical reaction; Orgasm is an emotional reaction.

I guess to do the squirt you have to be organized, I do not know, put a plastic or a waterproof case … and get away from the appliances … right? LAUGHTER. The first few times it is better not to think that you can wet everything, basically because it cuts the roll. The squirt deserves to relax, to be very comfortable, apart from being very excited. When it is usual, what I recommend is to take the ass out of bed, that is, put on the corner of the bed, the table, the sofa or where you are, or if not directly through the window. LAUGHTER And when you finish, you rub. I have never broken any household appliances, but I remember very well a webcam slut-date that was very close to the computer and I wet the screen and everything. Logically my computer turned off, but it did not break, I just had to dry it well. MORE LAUGHTERS

Why are there women who pretend to have an orgasm ? First it has to do with little of feelings, because if I have sex that means that I want to have fun. If we do not like the dust we should stop it, that’s a lot of women, we’ve been taught that what you heat you eat it. Another reason is that we are afraid to tell to our partner that we do not like how he does something to us and especially if we love him, we are afraid to hurt him. I also believe that there are many women who have not explored themselves enough and perhaps are unable to reach orgasm, even by themselves. When it costs a lot you have to address many things, as surely there is a psychological issue behind and ideally ask for help from a professional, because we should all have the ability to feel pleasure.

Since you mention many times the fact that the sexual education we receive is useless, can you tell me what do you think about the sexual education they give in schools? It’s terrible. Sex education in schools is based on how to put the condom, how not to get pregnant and how to avoid HIV, not even treat all sexually transmitted diseases. They skip a very important part that should come in kindergarten, which is gender identity. Even before they are born it would be correct not to sexualize them, in fact they should be educated in neutral gender so that they define themselves with the gender they feel. Later, at 13, 14 and 16 years old, what we have to teach them is that they communicate effectively and that they understand that any sexual relationship has an emotional effect on you and the other person. They have to learn to respect the person and the emotions and also to understand well how their body works, how the desire is managed and how their genitals are. Then, hopefully when they get 23 years old, they were worrying about whether they are giving themselves all the pleasure they can or if they are giving their sexual partner all the pleasure they can. There is still a lot of work to be done on sex education.

How do you develop your workshops? All my workshops are theoretical-practical and when I say practical that does not mean that I organize orgies but that are didactic. For exemple if you are going to learn how to make a good feet-massage, it is logical that you are going to do a massage to someone and a teacher will tutor you. In my workshops the same thing happens, it is not that we fuck, but I teach a specific technique and put it into practice, without interest to cause pleasure because my goal is to see how the practice is carried out and how the body reacts physiologically.
In the workshops that talk about female sexuality, I am always the model, with which each and every one of the assistants has to practice with me.

Are there people who stay in the first part? No, because I basically do not allow it. Is that one of the things that make me different is that, because of the practical part. If people come, they break their fears and overcome the shame and there are those who do not, it seems a lack of respect for people who accept to do it. If you do not come to practice, do not attend my workshops.

Do women go alone or as a couple? There is everything, but you also have to know that there are many men who come to learn how to please. The fact that there are fewer women I do not know if it is because they do not give too much importance to their pleasure, that this always comes from patriarchal education, or it is fear of being discovered. Also, notice that there are very few lesbians in my workshops, who should be the most interested, because it is not only their pleasure but that of their sexual partner, but they already know everything. I am generalizing but this is the case and heterosexuals do the same, they think what I am going to tell you about their pleasure. I do not give sex education for adults to teach those who do not know, I try to improve the sexuality of people. For me the important thing is that they learn something and if they do not learn anything, I give them my hand and tell them to attend another free workshop.

What would you never do for money? I have it very clear and they have also proposed it several times: zoophilia and crush fetish with animals. The thing about zoofilia was proposed to me from some ads of foot fetish and I was about to denounce the guy.

Forgive the ignorance but, what the hell is the crush fetish? Step on live animals, then kill them. And not only is it done with cockroaches or insects, they even do it with small mammals like rats or hamsters. They are things like that, that unfortunately still exist.

Last question and I leave you alone, you’ve been without squirting for more than half an hour and I suppose you miss it. What do you think about prostitution? What is a very good sex education, even if it is not recognized as such. Prostitutes teach good sex to their clients, at least the good ones. And that is something that society should value. In Greece there was sacred prostitution: the men who returned from the war, who came to kill, rape and spend months away from home, returned head-dresses. So they went to the places where there were sacred prostitutes in order to be reconduced and their women, instead of getting angry, they went to make offerings to those prostitutes to thank them for having healed their husbands. So I do not know to what extent we should learn from that and understand that sometimes they do more good than bad, no matter how much they weigh us. I am a total defender of prostitution. 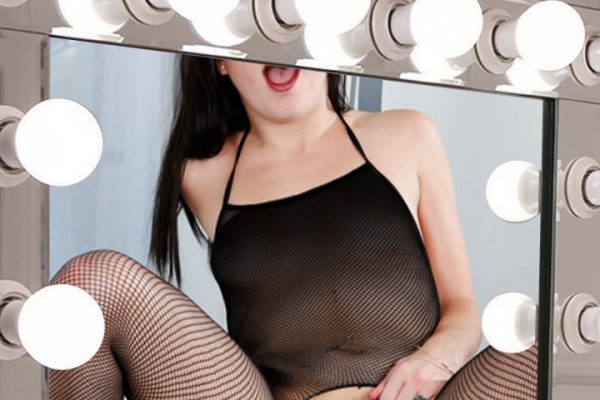 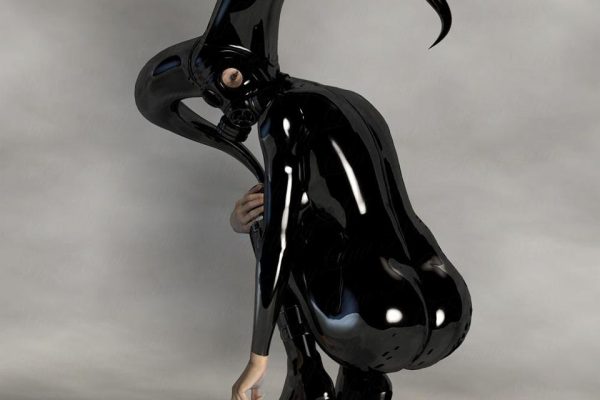